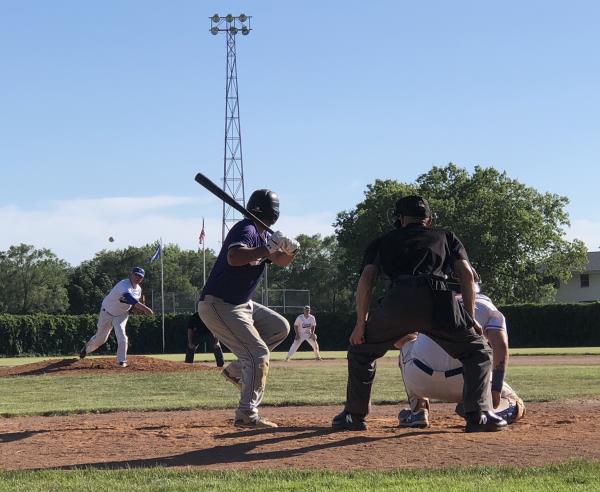 Despite seeing its five-run lead whittled down by the end, Hamburg Hawks still held off Greenwald for a 5-3 victory on Saturday.
Dawson Hensley took the win for The Hawks. The righty went seven innings, allowing three runs on three hits and striking out ten.
Hamburg launched one home run on the day. Jake Hokanson went deep in the third inning. Hamburg racked up nine hits in the game. Justin Perlich, Jeff Hancock, and Craig LaPlante all had multiple hits. LaPlante, Hancock, and Perlich each collected two hits to lead the team in game one of the tourney.

The Hawks took Sunday's game in dramatic fashion, with a 6-5 walk-off victory over Northbranch. The game was tied at five with Hamburg Hawks batting in the bottom of the tenth when Ben Hoernemann singled on a 1-2 count, scoring one run.

Northbranch scored three runs in the ninth inning, but Hamburg Hawks still managed to pull out the victory.

Ben Hissam led things off on the pitcher's mound. The righty allowed ten hits and five runs over eight and a third innings, striking out five.

Hamburg fell behind early and couldn't come back in a 9-3 loss to Waconia on Sunday. The Hawks struggled to contain the high-powered offense of Waconia, giving up nine runs. Sam Meeker took the loss for Hamburg Hawks. The righthander went five innings, allowing nine runs on nine hits and striking out three.