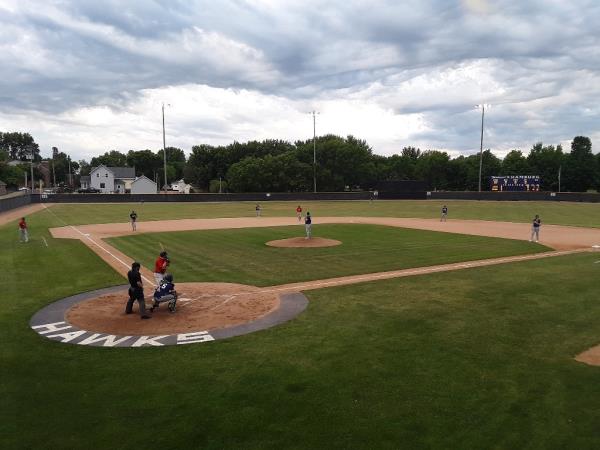 Thursday's game on eof the HGI Miller Lite Invitational against Le Seuer was a heartbreaker for the Hamburg Hawks, as they lost the lead late in an 8-6 defeat. The game was tied at six with Le Seuer batting in the top of the sixth when the Braves singled on a 0-2 count, scoring two runs.
Despite the loss, Hamburg Hawks did collect six hits in the high-scoring affair. Unfortunately, Le Seuer had eight hits on the way to victory. The Hawks fired up the offense in the first inning, when Clint Aretz singled on a 3-0 count, scoring one run. In the bottom of the fourth inning, Hamburg tied things up at six. Aretz homered on a 2-0 count, scoring three runs.
Sam Meeker took the loss for the Hawks. The righty allowed two hits and two runs over three innings, striking out one. Aretz started the game. The pitcher allowed six hits and six runs over four innings, striking out two and walking one. Aretz went 2-for-4 at the plate to lead Hamburg Hawks in hits.
The Hawks will now play at 1:15 on Saturday whne they continue the HGI TOurney.
Powered by Narrative Science and GameChanger Media. Copyright 2021. All rights reserved.
Box Score